The 9 Best Apple Orchards in the Twin Cities, MN 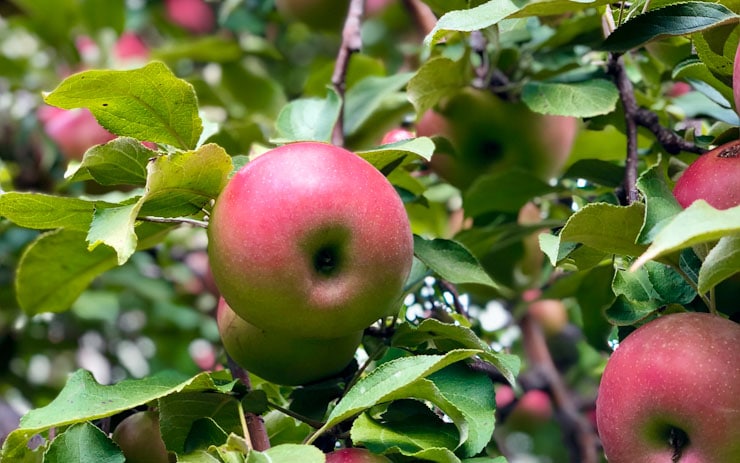 For your next fall outing, check out our list of the best apple orchards near Minneapolis and St. Paul. 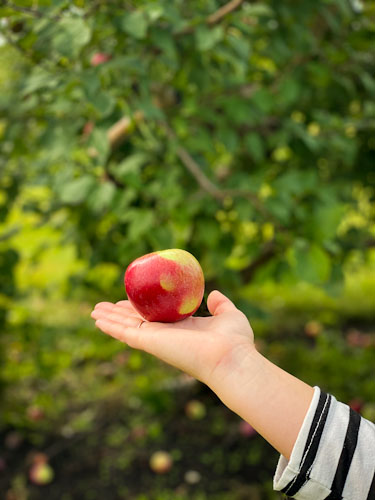 The first apple trees at Pine Tree Apple Orchard in White Bear Lake date back to 1904.  Known for their extra-large apple selection (they advertise 25 different varieties this season) and the pies.  Oh, the pies. You can find at least 6 different kinds of apple pies on any given weekend during apple season, including Apple Pecan and a personal favorite, Blueberry Apple.  Pulling one of their frozen pies out of the oven is a mid-February game-changer at our house.

It’s best to know that Pine Tree is not a pick-your-own apple orchard, though.  They offer plenty of traditional apple orchard fun (corn maze, hayrides, and a pumpkin patch), but if you’d like to pick-your-own, come back in the spring for strawberry season.

Laid-back and family-owned.  The two best ways to describe Applecrest Orchards near Hugo.  Unlike many of the larger (and more crowded) farms around the Metro, Applecrest offers a more relaxed, farm-stand vibe.  On weekends in the fall, you’re likely to find a food truck and plenty of baked goods to share.

Did someone say apple picking with wine?!?  Um, yes, please.  Sign me up for that!

If wandering rows of apple trees with a glass of award-winning Minnesota wine sounds like your kind of orchard visit (Judgement-free zone here.  It’s our favorite too!), you may be due for a visit to Aamodt’s Apple Farm.   Located in Stillwater (about 30 minutes east of downtown Minneapolis), Aamodt’s shares its property with Saint Croix Vineyards, one of the premier wineries in Minnesota.

Open 7 days a week, Aamodt’s has all of the traditional apple orchard favorites like pick-your-own apples, wagon rides, petting zoo, and fresh apple bakery.  We’ve sampled just about every apple cider donut in the Metro, and if you can snag the warm donuts from the apple barn, you’re tasting the best.

If you find yourself in a traffic jam on Highway 95 near Woodbury on a weekend in September or October, chances are the line of cars is heading to Afton Apple Orchard.  The orchard prides itself on being a family affair with activities for kids of all ages.  Our favorites include miles of pick-your-own apples and raspberries, apple tasting, and one of the top-rated corn mazes in the state.

It’s worth noting that Afton charges a per-person admission to the orchard and tends to be busy on weekends.  Expect more of a festival vibe than a quiet farm stand experience.

If you frequent the downtown St. Paul Farmer’s Market during the fall, you might recognize the terrific folks from Whistling Well Farm. Since 1972, they’ve been growing Minnesota apple varieties at their farm in Hastings, and in recent years sharing them with the Saturday and Sunday farmers market crowd.

At our recent visit to the orchard (about 30 minutes southeast from St. Paul), we snagged a few bags of pick-your-own Honeycrisp, Haralson, and Zestar! apples along with pumpkins for our front porch.  While you’re there, be sure to make a wish in their namesake wishing well; they donate the proceeds to the University of Minnesota Children’s Hospital.

Best in the South Metro 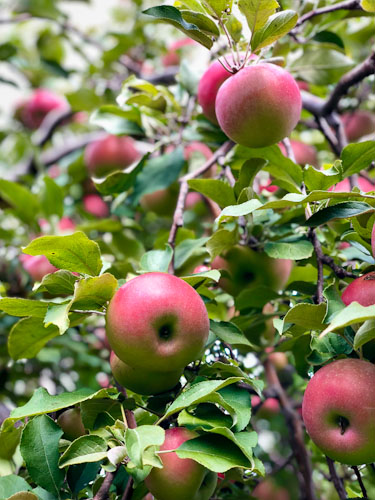 Located 35 minutes south of downtown Minneapolis and just a few miles off I-35, Applewood Orchard is one of the best places for pick-your-own apples in the South Metro.  It’s well-known for a large apple selection (more than 20 different varieties, including the U of MN favorites), hayrides, and playground options for families.  Don’t miss the caramel apples—the best treat in the apple barn!

Best in the West Metro 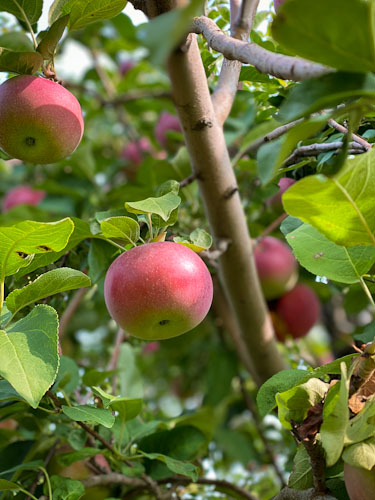 If you’re looking for the ‘all-inclusive’ orchard experience, then it’s best to make the drive out to Apple Jack Orchards in Delano (about 40 minutes west of Minneapolis).  Honestly, they have everything you could possibly want in an apple orchard experience.

For a $5 admission, you can drop the kids off at the corn maze, the hay bale pyramid, or the apple cannon (you really have to see it to understand…) and then spend the rest of the day wandering through the orchard and extra-large Apple Market and gift shop.  Bakery and full patio for lunch at the Apple Pantry Café round out a terrific fall afternoon.

Each time we visit Minnetonka Orchards, we leave with the same, “and that’s why we love fall in Minnesota” feeling.  Located 30 minutes west of Minneapolis, the orchard offers pick-your-own apples and photo-ops galore. They also offer event space if you’re looking for a fall wedding or corporate meeting venue.  Admission and apples will set you back a bit more than some of the other places around town, but an afternoon of apple brats and an apple slingshot once featured on an episode of “The Bachelor” is well worth it.

A list of the best apple orchards in the Twin Cities wouldn’t be complete without the place that put Minnesota apples on the map.

The University of Minnesota Apple House is well-known as the birthplace of the Honeycrisp (along with other U of M apple varieties like the SweeTango, First Kiss, Zestar! and Haralson.) Find a large selection of pre-picked apples and pumpkins grown at the nearby Landscape Arboretum.  On weekends, don’t miss the North Star Donuts food truck.  Their mini apple cider donuts and apple cider slushies make the perfect pairing for a fall afternoon.

DiscoverTheCities exists for one simple goal: to help you discover everything that’s awesome about Minneapolis, St. Paul, and Twin Cities area. Here’s the ugly truth. Most of Minnesota’s “travel guides” are written by people with East Coast accents sitting New York City cubicles. They wouldn’t know a Jucy Lucy if it shot its molten hot-lava -cheese in their face. The DTC team is different. We're passionate Twin Cities locals writing from personal experience. We actually visit the sights, taste the food, and share the real local’s inside scoop.
More like this 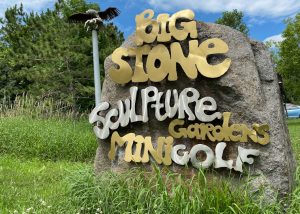 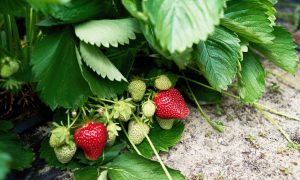 A Berry Picking Guide for Pick Your Own near the Twin Cities, MN 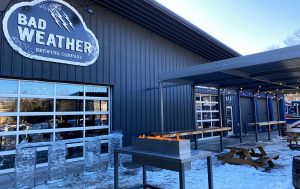 The Ultimate Guide to All the Breweries in Minneapolis & St. Paul