What is Minneapolis style pizza, exactly? 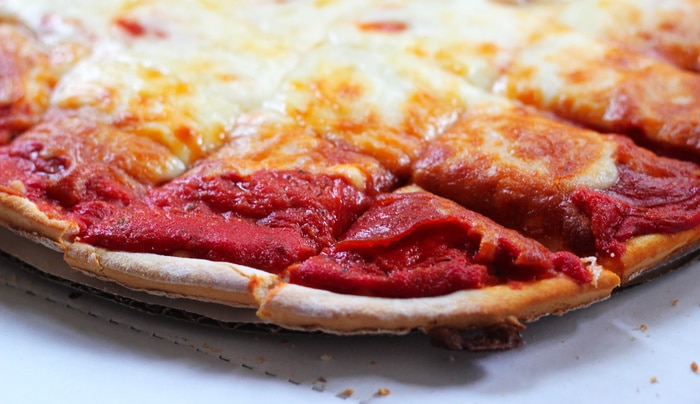 What’s that I hear echoing from outside the Twin Cities borders? You want some clarification on just what, exactly, is this supposed Minneapolis style pizza?

In recent years, the question fired up a debate hot enough to perfectly char even the best pizza in Minneapolis. (Or St. Paul, we’re into that too…)

It all started in 2017, when local pizza chain Red Savoy threw out all their marketing materials and went back to the drawing board. A few months later, the popular local chain released their newly printed boxes. Front and center of those boxes was a bold, if not head-scratching claim:

There was just one problem. Nobody had ever heard of Sota-style…

So, what is Sota-style Pizza?

In an interview with the Twin Cities Pioneer Press, the marketing folks at Red Savoy described their recently coined Minnesota-Style Pizza:

The characteristics of Minnesota-style pizza, according to the Savoy team, are a thin crust, square cut, loads of toppings, cheese and a spicy “passive-aggressive” sauce.

While this sounds a lot like trying to give yourself a nickname (psst… Red Savoy team… it never works!) if you’re a Twin Cities local, you immediately recognize this description.

The thin crust, square cut pizza with a mountain of toppings/cheese is as stereotypically Minnesotan as cold winter days, Paul Bunyon’s axe, and dare I say… the Jucy Lucy.

For whatever reason, it’s become the preferred style of local pizza shops all over the city.

Call up a pizza shop in the Twin Cities, and unless it’s one of the mega-chains or the growing handful of Neapolitan style brick oven joints, you’ve got near 100% chance of being delivered a heavily topped thin crust pizza. Cut into squares…

When I first moved to Minnesota so many years ago, I found this a rather strange phenomenon. The first place I experienced this foreign-to-me pizza variety was Carbone’s, and I naively assumed I was just looking at one restaurant’s unique slicing styles.

When I encountered a similar pizza at a completely different restaurant just a few days later, I thought it an odd coincidence.

By my third encounter, this time at the culprit in question (Red Savoy) the pieces fell into place (pun intended) and I realized the folks in Minnesota definitely had a different take on pizza than this Texas to Colorado boy was used to.

The Technical Term is “Party Cut”

Detractors will point out the obvious Party Cut flaws – namely smaller slices and messy hands when you grab one of the crustless inner pieces. (All these were obvious to me on my first encounter with the “Sota-style.”)

On the other side of the aisle – square pizza fans point out some more subtle reasons square is best: 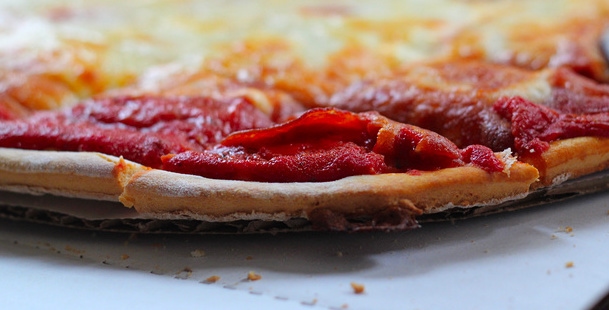 (Valid points, and they’ve certainly grown on me over time…)

What is Minneapolis Style Pizza?

Long story short, the same as Sota-Style. But apparently, the state’s largest city wanted to get into the pizza-naming game, so you’ll hear some Twin Cities folks refer to the pizza at their favorite places as “Minneapolis Style Pizza.”

Many say no. (Perhaps Minnesota’s biggest foodie, Andrew Zimmern, actually gave an emphatic “F*CK NO”.) You can’t choose your own nickname, nor can you claim your own pizza style from a rogue marketing effort.

But take it from this long-time transplant…

Yes, Minneapolis Style Pizza is its own pizza style.

Local Minnesota parlors, with their gobs of cheese, thin crust, and surgically precise square cuts, have absolutely developed their own pizza style.

But in typical Minnesota nice fashion, the locals won’t mind whether you call that Minnesota Style, Minneapolis Style, or just delicious. 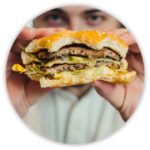 Sean founded Discover The Cities after realizing what an awesome place Minneapolis & St. Paul can be… if you know where to look.

He’s on a mission to share the best local advice while creating the most authentic Twin Cities travel guide, written entirely by locals.

Sean founded Discover The Cities after realizing what an awesome place Minneapolis & St. Paul can be... if you know where to look. He's on a mission to share the best local advice while creating the most authentic Twin Cities travel guide, written entirely by locals.
More like this 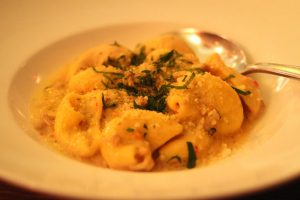 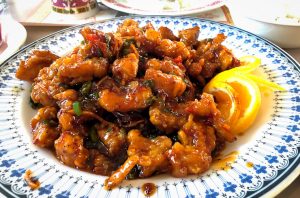 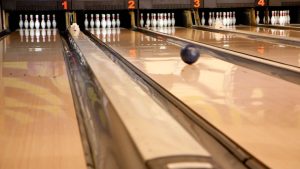 Our 14 Best Bowling Alleys in Minneapolis and St. Paul