There’s something about getting away from the cities and “escaping North” that makes us want to immediately pack our bags and get out in nature!

And there’s one way to explore nature better than any other – camping.

Just don’t tell too many people!

From Duluth to Two Harbor

Generally known for its winter slopes, Spirit Mountain opens for full-service camping just minutes from downtown Duluth during the summer months. The 73 sites are fully reservable (1 year in advance) online with electric and non-electric options. 2 shower houses and a small camp store round out the amenities. If you’re looking for camping close to Canal Park and all the Duluth attractions, Spirit Mountain is the best option.

From Two Harbors to Silver Bay

Operated by the City of Two Harbors, the Burlington Bay Campground is one of the premier camping options near Two Harbors. The large campground has 146 sites reservable (1 year in advance) campsites, 66 with electric and water and 70 with electric, water, and sewer. Geared towards RVs and large campers, you’ll also find flush toilets, shower facilities, and a gift shop on site.

Protip: The Lake Superior sites offer the best views and tend to be quieter than those closer to Highway 61.

Ask any serious Minnesota camper what the most popular campground on the North Shore is, and they’ll likely point you in the direction of Gooseberry Falls State Park. Located near one of Minnesota’s most iconic destinations, the campground here features 69 reservable non-electric sites (120 days in advance), showers, and flush toilets, along with several kayak-in sites on Lake Superiors. Great for families and anyone looking for an accessible base camp to explore the North Shore–just be prepared to make reservations well in advance.

My personal favorite spot on the entire North Shore for camping is the cart-in campground at Split Rock Lighthouse State Park. Located directly on the shore of Lake Superior, this 20-site campground has some of the best camping in all of Minnesota. Park, load up your camping gear and walk into a secret haven that only a few lucky campers get to experience every summer.

Protip: The trails from the campground lead directly to stunning views of Split Rock Lighthouse.

From Silver Bay to Lutsen

Located just north of Gooseberry Falls, Silver Bay operates a 49 site campground on 14.5 acres of Lake Superior waterfront. Located nearly exactly halfway between Duluth and Grand Marais, this truly is the heart of the North Shore. The campground offers electric-only, full hook-up, and pull-through site options. Camping is near Highway 61 and likely appeals more to the RV and large camper crowd.

There will always be a special place in my heart for the cart-in campground at Tettegouche State Park. It was the first destination on our honeymoon as we headed north for a week of backpacking in Canada. It’s also one of my favorite spots to camp on the North Shore with family and friends. Twenty-eight drive-in sites, 13 cart-in sites, and five first-come, first-served backpacking sites along the Superior Hiking Trail mean Tettegouche State Park has an option for every family. The cart-in sites overlook Lake Superior and have the best views in the park.

Prefer not to see another camper on your weekend away? Like a good hike before you set up camp? George Crosby Manitou State Park is where you’ll want to book camping for your next North Shore trip. The 21 secluded, remote sites here range in distance from one-half to four and one-half miles from the parking area. Many sites are located along the bubbling Manitou River, with steep, rocky trails providing a challenging hike-in experience.

From Lutsen to Grand Marais

If you’re willing to do the steep climb to these remote campsites along the Superior Hiking Trail, you’re in for a gorgeous North Shore retreat. These first-come, first-serve sites are popular summer destinations. We’ve seen a few people brave the hike with a kayak and then enjoy paddling on a private lake on the North Shore. (Something hard to find in the peak summer travel season.)

Until you arrive at Grand Marais, the camping options become fewer and more remote. One of the few options for front-country camping in this stretch of the North Shore is the 40 sites at Cascade River State Park. The campground here was established in the 1930s by the Civilian Conservation Corps and still maintains its logging camp charm.

From Grand Marais to the Canadian Border

Operated by the City of Grand Marais, the Grand Marais Recreation Area campground is a popular destination for summer travelers making their way along the entire North Shore. You’ll find 300 sites ranging from the wooded and lakeside tent to full electric and sewer hook-up RV sites; there’s something here for all camping setups.

One of the last campgrounds on the North Shore before the Canadian border, the fully wooded sites at Judge CR Magney State Park are a popular destination for campers heading into Canada and the Boundary Waters. The 27 sites here are fully reservable and filled most summer weekends. While you’re there, take in Devil’s Kettle Waterfall, one of the highest waterfalls in Minnesota.

The last campground on the North Shore before the Canadian border, Grand Portage Marina and RV park, is a large campground attached to the Grand Portage casino. Since it’s not the most remote or the most scenic, I recommend it as a base camp for other North Shore destinations, including longer backpacking trips to Isle Royale National Park. The ferry to the island departs just down the road from the RV park.

If you’re camping on the North Shore, you’ll definitely want to check out our guide to all the best things to do on Minnesota’s North Shore! 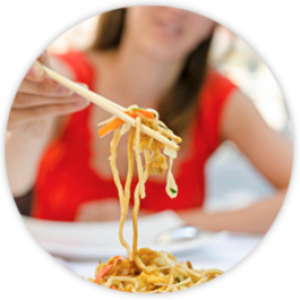 ALL the Breweries in Duluth, MN (Our Bests + Favorites)

10 Minnesota Waterfalls That You Have To See